Tonight, Islington North CLP overwhelming nominated their MP of 32 years – Jeremy Corbyn – of 32 year to lead the Labour party.Accepting his nomination Jeremy said “I’m proud, honoured and humbled at the support shown by my constituency party members this evening. That support is echoed by members up and down the country. I would like to thank all those to have supported and contributed to the campaign. Together we can build a fairer future based on our shared Labour values of peace, equality and social justice for all.”

Jeremy Corbyn has tabled an Early Day Motion condemning plans to cut student grants and calling for a fairer system for students.His EDM ‘condemns the proposal to cut grants as a direct attack on the poorest people accessing higher education in England’ and call for a halt to the plans ‘in favour of a system whereby students can access more generous grants in order to cover the rising costs of living.’

Jeremy Corbyn said: “Britain has the most restrictive anti-union laws in western Europe, and this government is about to tighten them further. This will have one clear effect: to increase inequality.

“It will be repealed under a Labour government if I am leader.

“Labour must oppose this naked attack on all working people, designed to ease the passage of more cuts to our services and more privatisation.
“This attack on unions will make it harder to get a pay rise, stop job losses, improve working conditions – I’ll fight this draconian plan.”
Share

Tube dispute – the Mayor must talk

Jeremy Corbyn said: “Boris Johnson should concentrate on doing his job as mayor, and get around the table with the trade unions who are clear that they want to talk. “Londoners deserve a Mayor who will talk to the workforce, not start fights that lead to disruption.“No one is fooled by the mayor’s spin that this is primarily about pay. There is big concern that in stations outside central London, night tubes will be stopping at stations that will have no minimum staffing levels – which could mean just one member of staff dealing with the public coming home after a late night out. This is a safety nightmare and clearly not good for these staff or the public.“Boris Johnson has presided over worsening employee relations on the Tube. He must now talk and end the disruption that his approach has caused.”

On the tenth anniversary of the London bombings

On the tenth anniversary of the bombings in London on 7th July Jeremy Corbyn MP said:

“Today we remember the victims of those killed and hurt in the July bombings ten years ago, and all of those affected by them. Our thoughts are with them. Twelve of those who died were from my own borough of Islington. This was an act of murderous violence carried out against Londoners of all backgrounds and walks of life, going about their daily business. It was the worst terrorist attack in our city’s history. I want to pay tribute to the families and friends of those caught up in these events and who have had to deal with the trauma of it.

Jeremy Corbyn MP, has today been selected by medical professionals as their favourite candidate to become next leader of the Labour PartyIn a poll, conducted by the campaigning health organisation Socialist Health Association, revealed Jeremy to be a clear first choice.The Socialist Health Association is a campaigning membership organisation which promotes health, well-being and the eradication of inequality in society and government.

Corbyn calls for breathing space to be given to Greece

He also wants the Syriza government to be given time to be able to rebuild their economy not be subjected to a financially imposed regime change.

“Democracy has spoken in Greece. The people must rule, not the financial markets,” said Jeremy.

Jeremy Corbyn MP has today received a huge boost in his quest to become the next leader of the Labour Party.The largest union in Britain, Unite, has formally nominated Jeremy as its preferred choice of candidate to lead Labour. It is a huge boost to the gathering momentum of Jeremy’s campaign. Jeremy Corbyn said, “It is a great honour to receive Unite’s nomination, and it underlines that this a serious campaign that has growing momentum.“The leadership election is about one issue above others: whether we accept another five years of a race to the bottom based on cuts that destroy services and damage living standards, or whether we invest our way to a growth and fairness.“I also want to thank other unions who have nominated me – ASLEF and the BFAWU – and for the endorsement of two unions not affiliated to Labour, the FBU and the RMT.  Trade union members are the men and women whose money worries and anxiety for the prospects of their children, are now the every day reality of these Tory austerity years. The whole of trades union history has been based on protecting people from austerity. “Without trade unions there would be no Equal Pay Act, no minimum wage, no Labour Party.“Trade unions are a force for good, a force for prosperity and we should listen to them more.“For Labour to win again it must show it is on the side of the majority.“I thank Unite for their nomination, not just for myself but for all those people who have already brought their time, efforts and hope to my campaign.”

As millions across Britain swelter in the heatwave, Labour leadership hopeful Jeremy Corbyn MP has today (Weds) tabled an Early Day Motion on the House Of Commons Order Paper to protect workers from having to work in uncomfortably hot conditions.In doing so Jeremy hopes to gain government support for the the TUC and joint-union “Cool It!” campaign for a maximum working temperature of 30 degrees celcius  (or 27 degrees where work involves strenuous activity  to be introduced into law) to  place a legal duty on employers to act to protect their staff from heat stress and thermal discomfort.“In this weather, high temperatures aren’t just a problem in heavy industry but for millions of workers have been struggling with the heat in offices, schools, shops, call-centres – you name it,” said Jeremy.“Good employers will have been taking steps to help out their workers in the heatwave.  But putting a maximum temperature into law will give everyone a legal right to basic protections from working in unbearable conditions.”The motion will be read tomorrow (Thursday).EDM – Maximum Temperature in the WorkplaceThat this House commends the Womens Tennis Association for introducing regular heat breaks for competitors at Wimbledon once the temperature exceeds 30 degrees Celsius; is surprised that similar provisions are not also in place for male competitors; regrets that workers in the UK have no guaranteed legal safeguards from working in uncomfortably high temperatures, owing to the lack of a statutory maximum temperature at which employers would have to introduce control measures, such as breaks, access to water or air conditioning; appreciates that excessive heat in the workplace is responsible for heat stress and thermal discomfort, and can impact seriously on health, well-being and productivity; recognises that this is not just the case for highly paid tennis stars, but is a matter of concern for workers in a wide range of workplaces including offices, schools, shops, bakeries, vehicles, trains, call-centres, theatres and construction sites and therefore calls on government to adopt the recommendations of the TUC and joint-union Cool It! campaign to introduce into law a maximum working temperature of 30 degrees Celsius (or 27 degrees C for those doing strenuous work), beyond which employers would have a statutory duty to introduce effective control measures. 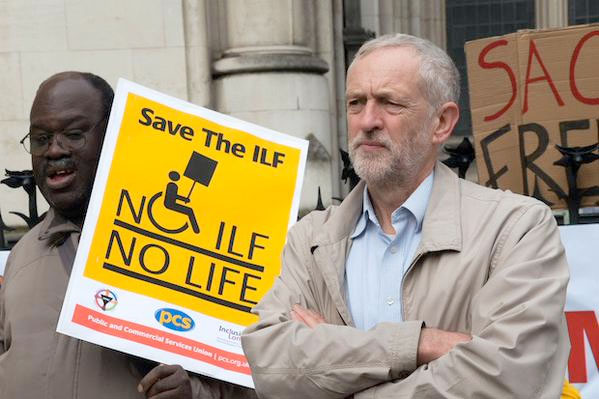 Today is the day that the Independent Living Fund (ILF) finally closes, despite a long campaign to keep it open. The ILF helps 18,000 disabled people with the highest support needs to live independently.“Today will be a day of deep anguish for many disabled people and their carers, as the government closes the Independent Living Fund. I have supported the campaign to save the ILF from the start and pledge to support its reinstatement.“The government has passed the buck to local authorities without any guarantees that they can continue to meet disabled people’s needs. It is not just grossly irresponsible of this government to treat the lives of 18,000 disabled people with such reckless disregard. It is heartbreaking and will sow only despair. ” ends==