Jeremy Corbyn has launched a set of ideas and proposals that aim to tackle the mental health crisis that is happening in Britain today and improve mental health coverage in our country. 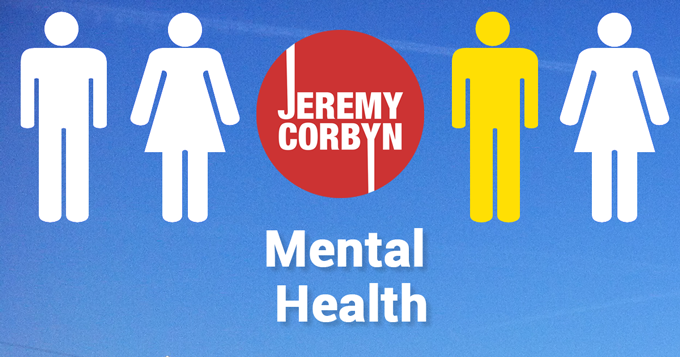 The figures in brief:

If elected Labour Leader, Jeremy will work with mental health practitioners, people who have mental health issues, campaigns and organisations to work out what is the best course of action.He would look to propose:

“Britain has a mental health crisis, and this government is making it worse. The Tory rhetoric about improving mental health provision has been accompanied by cuts in funding, services and support for people with mental health needs.

“Everyone knows someone who is suffering or has suffered from mental illness. The economic costs of mental illness are huge, and the personal costs are incalculable.

“I am committed to a holistic approach that sees emotional wellbeing as fundamentally connected with a society less atomised and individualistic and more socially connected, more caring, more inclusive and more equal.”

“We need a Labour government that will bring this negative narrative on mental health to an end.”